What’s going on here? Has the world or Musk gone crazy? Germany only recently got rid of all of its nuclear reactors and instead made a decision to go green making tens of thousands of solar panels and wind turbines throughout the entire country. In addition, the Germans are totally reliant upon the Russians sending natural gas into Germany via pipelines at five times the cost of natural gas in the United States. So what’s the real deal?

You won’t read this anywhere else, this we promise. First of all global warming is worse than what everybody is being told. The time to get off the oil keck was decades ago. To convert starting today would require changing over about 40 years of built in infrastructure. That’s not happening too quickly. It can’t simply because you can’t convert trillions of dollars in infrastructure overnight. We would recommend you read any book by Vaclav Smil, an intellect up there with Einstein to more fully understand this, but let’s give it a try.

Wind energy is so inefficient that to create a windfarm sufficient to substitute for a modern fossil based generating system (requires about 15 acres of land), you would have to build a corridor 10 miles wide and 100 miles deep and fill it with wind turbines. Has anybody thought this through, probably not?

And even if you did this, you would still have to build a fossil fuel generator as backup for those times which are fairly frequent when the wind isn’t blowing. Solar energy is just as inefficient and also requires, fossil fuel back-up (the sun doesn’t always shine), so who is kidding who? The cost of electricity to German consumers is way more than twice what it costs the typical American because the Germans decided to go GREEN without thinking it through.

Now with the world in a panic due to the Russian invasion of the Ukraine, Germany potentially could lose its supply of natural gas coming through those Russian pipelines. Really!The tremendous political intellects of the German government decided that going green was more than worth the risk of the potential geopolitical turmoil that would happen by being at the mercy of the giant Russian gas station or should we say natural gas station. The Germans are now between a rock and hard place.

There is an out here however. Contrary to what you will read in the Musk article below, the world has to go NUCLEAR to save itself. Elon Musk is aware of this and is pushing for it and it makes sense. Here’s why: 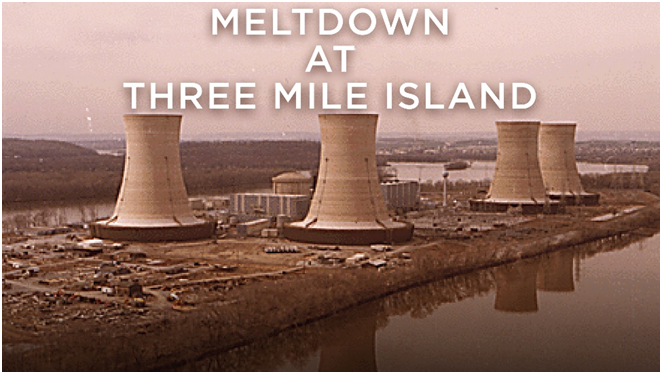 Isn’t it obvious that over a period of 75 years this is a sufficient long period of time that one should expect a seismic event during that time? The answer is yes, and therefore why should anyone be surprised that a tidal wave swept up and hit those water tanks overwhelming them and creating a problem which is what happened. Had the tanks been moved a couple of hundred yards, they would have been above the water line where the wave hit and been okay. This is why we say, go nuclear, but if you go nuclear you must make sure everybody uses the same safety standards employed by the US Navy which has remained nuclear problem free for 75 years. 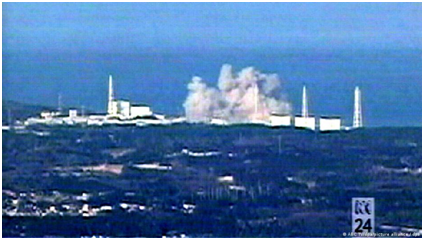 Notice Fukushima was built right on
the Pacific Ocean, not very bright

• Let’s go to Chernobyl, the one that scares people the most. This was the Ukraine, 1986. It is known that 31 people died immediately, and a total of 60 people since then. Now there are all kinds of statements being made that thousands will die over the decades from the fallout. This is as yet unproven and certainly unverified. The problem is that the Soviet Union is involved and historically with all due respect to them, they are NOT the most reliable of witnesses to their own problems. The Soviets are not known for their safety standards. After all, they just invaded the Ukraine and they started shelling the Chernobyl nuclear power installation. You would think a junior high school student would have better common sense than that. 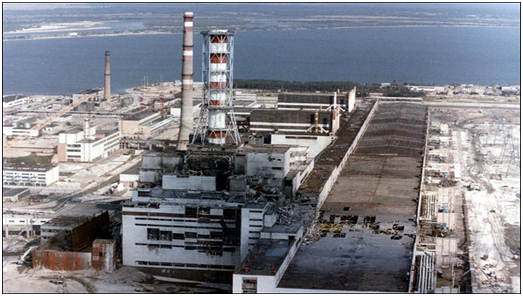 Chernobyl – Engineers did not think through
consequences
The planet earth can only lessen the impact of global warming by moving to nuclear energy immediately and big time. There is no time over the next 30 years or so to attempt to achieve meaningful global decreases in fossil fuel emissions via solar or wind energy. It’s pissing in the wind.
France right now is 80% nuclear. Germany and America should begin deploying French reactor technology while we once again develop our own nuclear reactor designs. Bill Gates has advocated this. There is no time to waste or even think about it. All men of good cheer including the Greenpeace movement have it wrong. Our coastal cities will be lost while waiting for solar and wind to save us. The time it takes to change over electrical infrastructure to solar and wind is at least 4 decades as per history. It is simply not going to happen and the stakes are very big. This is why Elon Musk who advocates and has made his fortune with electric cars is saying go nuclear and you should too. Please read the Musk article below at your convenience to understand better.

3-7-23
The Street
Tesla Chief Executive Elon Musk’s Twitter feed often reads like a stream of consciousness or an indirect interior monologue used extensively by celebrated English writer Virginia Woolf.
It mimics the non-linear way in which Musk’s brain works. Not surprisingly it is also filled with contradictions.
He defies convention and this time was no different.
It has been more than 10 days into the Russian invasion of Ukraine and the controversial billionaire, in a series of tweets, has appealed to Europe to “restart [its] dormant nuclear power stations” in a bid to strengthen their borders.
As a crusader for clean energy, Musk’s plea to support nuclear energy that creates radioactive waste is befuddling.
Experts at environment group Greenpeace USA say, “Nuclear energy has no place in a safe, clean, sustainable future. Nuclear energy is both expensive and dangerous.”

Musk recently tweeted, “Hopefully, it is now extremely obvious that Europe should restart dormant nuclear power stations and increase power output of existing ones. This is *critical* to national and international security.”
https://twitter.com/elonmusk/status/1500613952031444995
And added that, “those who (mistakenly) think this is a radiation risk, pick what you think is the worst location. I will travel there & eat locally grown food on TV. I did this in Japan many years ago, shortly after Fukushima. Radiation risk is much, much lower than most people believe.”
https://twitter.com/elonmusk/status/1500615542758985728
https://twitter.com/elonmusk/status/1500621510188285956
These tweets put Musk, who has put his weight behind electric vehicles, in a bind. In a world where everyone is trying to reduce their carbon footprint, Musk’s company makes vehicles that run on an electric battery instead of an internal combustion engine.
While nuclear energy is a non-renewable energy source that comes from the nucleus of atoms. But nuclear plants have gained a bad reputation after a series of bad accidents including Fukushima and Chernobyl.
Last week, Russia captured the largest nuclear power plant in Europe located about 350 miles southeast of Kyiv, in Ukraine, and sparked fears of a nuclear disaster bigger than Chernobyl.
European nations have been reevaluating their relationship with nuclear energy with Germany closing three of its six nuclear power plants on December 31, last year, Switzerland shutting one of its five nuclear power plants in 2019 and Belgium vowing to end its dependence on nuclear energy by 2025.

Musk’s remarks came a day after he backed the increase of oil output.
https://twitter.com/elonmusk/status/1499907549746937860
Musk was quick to admit that this was counterproductive with respect to his own business.
https://twitter.com/elonmusk/status/1499909806504779779
Oil prices soared to a 14-year-high to touch over $130 a barrel, as the threat of a potential ban on Russian oil imports became imminent.
Investors are worried that the rise in oil prices will destabilize the market hurting U.S. stocks.
“The gallon of gasoline at the pump has exceeded the $5 threshold in California, a new reality that scares many Americans, at least those who do not have electric vehicles or hybrid vehicles,” TheStreet reported earlier.
If gasoline prices everywhere hit $5 a gallon, it will further increase overall cost of living for Americans that are already reeling under the impact of inflation.